Mainstream electrical stimulation therapies, e.g., spinal cord stimulation (SCS) and deep brain stimulation, use pulse trains that are delivered at rates no higher than 200 Hz. In recent years, stimulation of nerve fibers using kilohertz-frequency (KHF) signals has received increased attention due to the potential to penetrate deeper in the tissue and to the ability to block conduction of action potentials. As well, there are a growing number of clinical applications that use KHF waveforms, including transcutaneous electrical stimulation (TES) for overactive bladder and SCS for chronic pain. However, there is a lack of fundamental understanding of the mechanisms of action of KHF stimulation. The goal of this research was to analyze quantitatively KHF neurostimulation. We implemented a multilayer volume conductor model of TES including dispersion and capacitive effects, and we validated the model with in vitro measurements in a phantom constructed from dispersive materials. We quantified the effects of frequency on the distribution of potentials and fiber excitation. We also quantified the effects of a novel transdermal amplitude modulated signal (TAMS) consisting of a non-zero offset sinusoidal carrier modulated by a square-pulse train. The model revealed that high-frequency signals generated larger potentials at depth than did low frequencies, but this did not translate into lower stimulation thresholds. Both TAMS and conventional rectangular pulses activated more superficial fibers in addition to the deeper, target fibers, and at no frequency did we observe an inversion of the strength-distance relationship. In addition, we performed in vivo experiments and applied direct stimulation to the sciatic nerve of cats and rats. We measured electromyogram and compound action potential activity evoked by pulses, TAMS and modified versions of TAMS in which we varied the amplitude of the carrier. Nerve fiber activation using TAMS showed no difference with respect to activation with conventional pulse for carrier frequencies of 20 kHz and higher, regardless the size of the carrier. Therefore, TAMS with carrier frequencies textgreater20 kHz does not offer any advantage over conventional pulses, even with larger amplitudes of the carrier, and this has implications for design of waveforms for efficient and effective TES. We developed a double cable model of a dorsal column (DC) fiber to quantify the responses of DC fibers to a novel KHF-SCS signal. We validated the model using in vivo recordings of the strength-duration relationship and the recovery cycle of single DC fibers. We coupled the fiber model to a model of SCS in human and applied the KHF-SCS signal to quantify thresholds for activation and conduction block for different fiber diameters at different locations in the DCs. Activation and block thresholds increased sharply as the fibers were placed deeper in the DCs, and decreased for larger diameter fibers. Activation thresholds were textgreater 5 mA in all cases and up to five times higher than for conventional (̃ 50 Hz) SCS. For fibers exhibiting persistent activation, the degree of synchronization of the firing activity to the KHF-SCS signal, as quantified using the vector strength, was low for a broad amplitude range, and the dissimilarity between the activities in pairs of fibers, as quantified using the spike time distance, was high and decreased for more closely positioned fibers. Conduction block thresholds were higher than 30 mA for all fiber diameters at any depth and well above the amplitudes used clinically (0.5 – 5 mA). KHF-SCS appears to activate few, large, superficial fibers, and the activated fibers fire asynchronously to the stimulation signal and to other activated fibers. The outcomes of this work contribute to the understanding of KHF neurostimulation by establishing the importance of the tissue filtering properties on the distribution of potentials, assessing quantitatively the impact of KHF stimulation on nerve fiber excitation, and developing and validating a detailed model of a DC fiber to characterize the effects of KHF stimulation on DC axons. The results have implications for design of waveforms for efficient and effective nerve fiber stimulation in the peripheral and central nervous system. 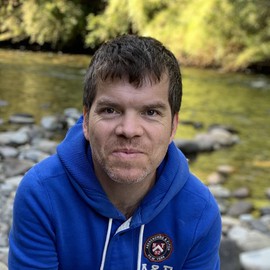